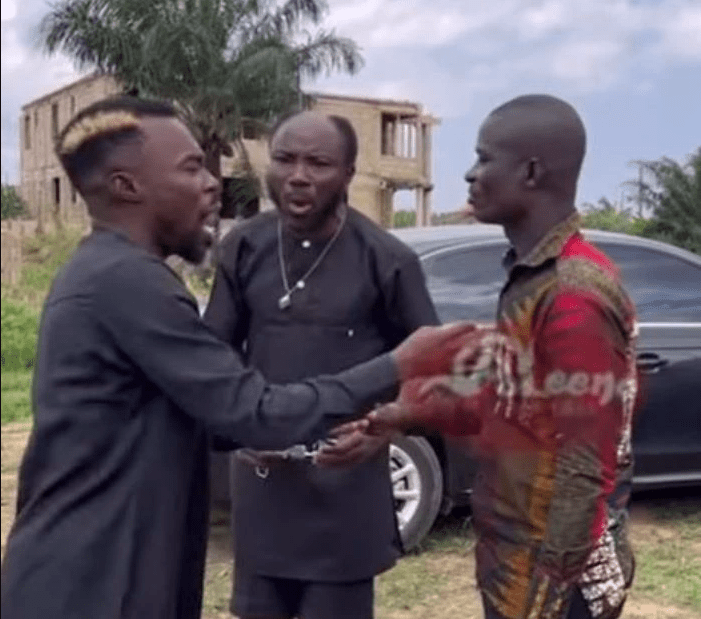 He reportedly passed away at a hospital in the Ashanti region of Ghana.

Shocking circumstances of his death reports the comic felt his colleagues were trying to end his life using black magic.

Baba Spirit revealed that he was targeted by jealous friends because he was becoming more famous and affluent than them.

Speaking of friends, actor Big Akwess has caused quite a stir after almost exchanging blows with the late comedian’s family.

Apparently, the disgruntled actor was unhappy about some arrangements made by Baba Spirit’s family for his funeral.

Meanwhile, check out the shocking video below.