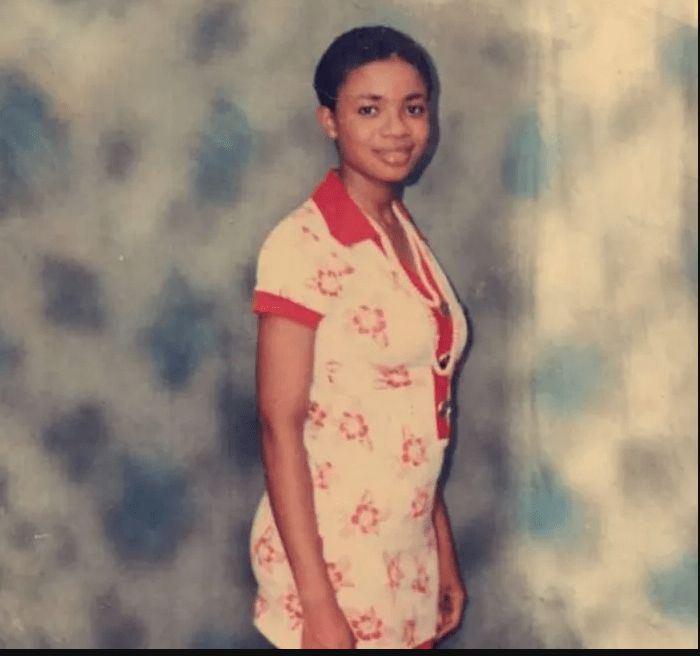 Serwaa posted the photo on her official Twitter platform with the caption, “Been wearing pearls since I was 10.”

Fans were in awe at the sight of the journo wearing pointed kitten heels that matched her red two-piece stretch.

Even in her pre-teens, Serwaa Amihere showed traces of her current enchanting looks, even with short hair.

In the meantime, check out the photo below.

Been wearing pearls since i was 10 🥰 pic.twitter.com/pQVH6IUmFS

Serwaa left quite a lot to the imagination of her audience as she did not confirm her actual age.

The hint dropped regarding her pearl-wearing age failed to clarify her age when the photo was taken.

And, of course, some reactions disputed whether or not the photo was taken in her pre-or post-teens.

Meanwhile, others just had fun with it.