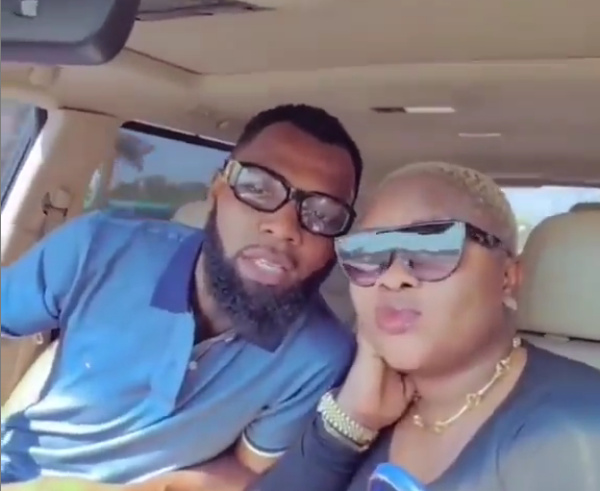 Bofowaa has boldly teased the father of her 5 kids in a video that has surfaced on social media.

She is seen in a video snobbishly teasing Rev Obofour with Shatta Wale’s song, ‘On God‘.

Ciara Antwi is heard singing the song with her focus on those jabbing lyrics such as ‘I dey America come fight me‘.

Apart from the heartbreaking lyrics, Sofo Maame Ciara is serving Rev Obofour, her mannerism in the video is also something else!

Bofowaa has stirred massive reactions to have popped on social media with this controversial video following her divorce claims.

There have been reports that Rev Obofour and his wife Bofowaa have ended their marriage.

According to the reports, Bofowaa flew out of the marriage allegedly because of Obofour’s promiscuity.

Bofowaa is said to be living in America now with all her children.

Meanwhile, Rev Obofour subtly confirmed the reports recently after he hinted that he was being maltreated in his marriage so he choose to save his life rather than die in it.

Watch the video below;