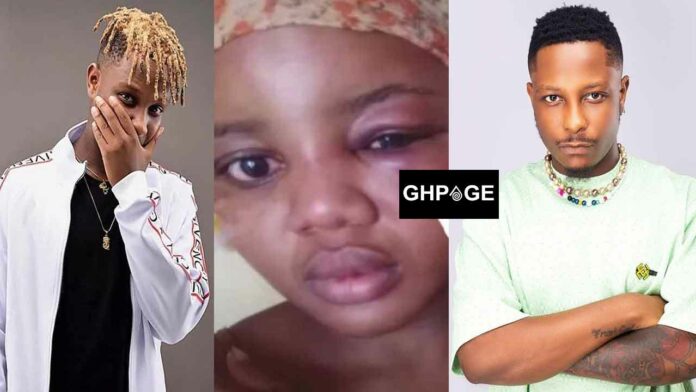 Recall that in March this year, singer, Kelvynboy was arrested for allegedly beating his baby mama.

Reports that surfaced on the internet revealed how Kelvyn boy was remanded into police custody for stamping his baby mama’s ribs and using an iron rod to hit her back and right-hand several times leaving bruises on her body.

He was later charged with assault but was fortunately not found guilty in court.

For all this long while, Kelvynboy has never talked about the issue till today while speaking in an exclusive interview with Andy Dosty on Hitz FM.

According to Kelvynboy, he has nothing to say about his baby mama’s accusations that he turned her into a punching bag because no matter the explanation he gives, he will still be seen in a bad light.

As suggested by the male vocalist, his critics already have their perceptions about him hence his explanation can never alter their sentiments about him.