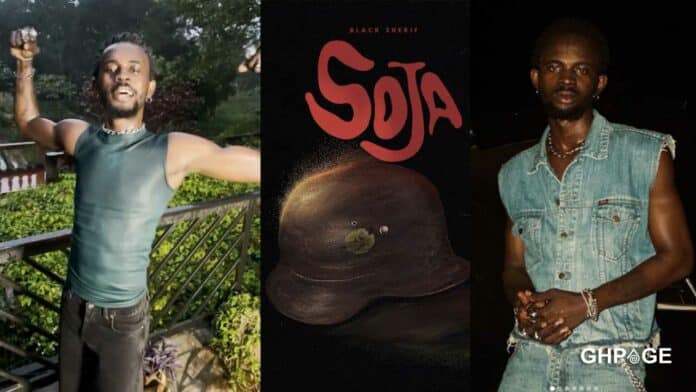 Music lovers after listening to the soul-touching song have wondered about the inspiration behind this particular song.

Black Sherif speaking in a radio studio has explained the inspiration and the lyrics behind the song.

According to Blacko, the ‘Soja’ song talks about how to get past your fears in order not to allow your own anxieties and negative energies to sway them off their purpose and goals in life.

He added that the song also speaks about how people should brace themselves against all negative energies and their own anxieties in order not to lose focus in their lives.

Kweku Killer said that he could not get ‘Soja’ out of his mind for about a week after writing it but it was removed from the list of songs on his “The Villian I Never Was” album.

However, his team added back the song after listening to it and encouraged him to release the song in order for it to serve its purpose.

Black Sherif aka Blacko’s newly released track titled ‘Soja’ got over 500,000 streams on Audiomack in just 24 hours after its released.