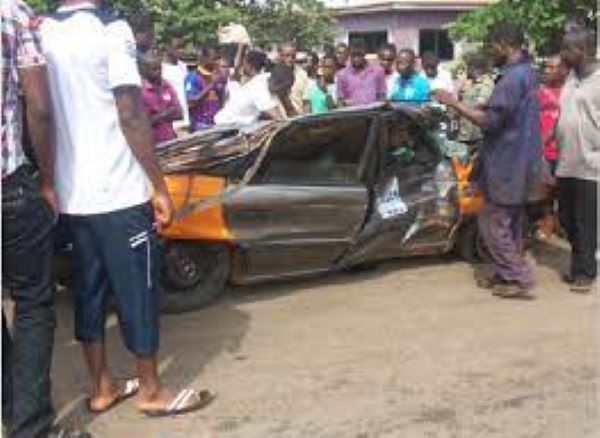 Three persons have been confirmed dead in an accident at Nkaeso at Techiman, Bono East Region.

Two others are also in critical condition in the accident which occurred on Thursday.

Reports indicate the Matiz taxi was travelling from Sunyani, towards Techiman while the Hyundai mini truck was also heading towards Sunyani.

Preliminary investigation has revealed the two drivers were trying to dodge potholes, resulting in the head-on collision.

The driver of the taxi survived but three passengers he was carrying, died.

The mini truck had just one passenger and the driver.

Both sustained injuries and were rushed to the hospital.