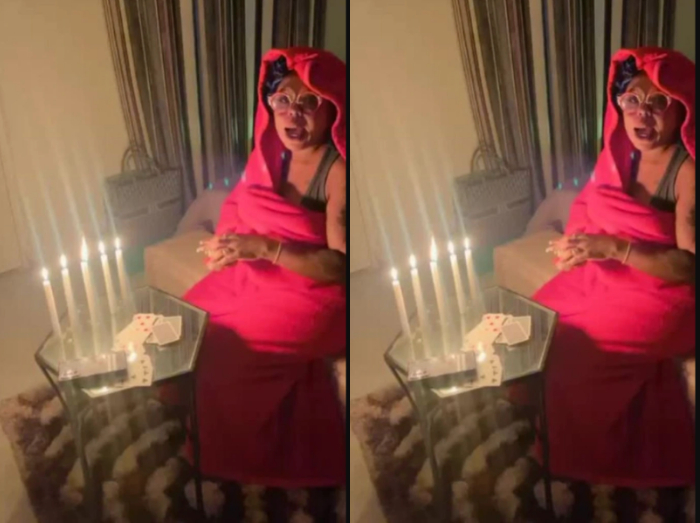 Nana Tonardo aka Odii Tonar has taken his fight with Asibolanga aka Afia Schwar to a new level with a claim that she’s being controlled by gods.

Tornado claims that Afia Schwarzenegger went to Tamale to consult some local deities there and those gods are controlling her to this day.

Tonardo took Afia on in a new video that is the latest update on their never-ending beef.

According to him, he doesn’t understand why Afia Schwarzenegger always feels the need to try him when he’s in his one corner thinking about himself.

Tornado said he thinks her little Tamale gods are always provoking her to come after him.

However, he warned that the next time the gods tempt her to seek him out, she should remember that he’s also a son of maame water’.

Tornado said his maame water spirit is more than ready to take on Schwar and her Tamale gods.

The actor and social media nuisance also had a warning for any Ghanaian who supports Asibolanga in their beef.

According to him, anyone who follows Afia Schwarzenegger just exposes themselves as a person with a rotten character just like Afia.