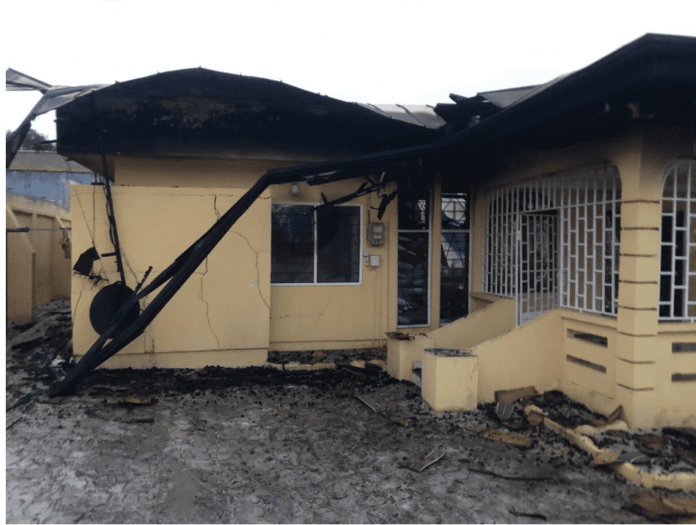 A 74-year-old man has died after fire razed down a five-bedroom house at Aburaso in the Ashanti Region.

The incident, which occurred in the early hours of Saturday morning, has since left five others sustaining serious injuries with several property in the house reduced to ashes.

The septuagenarian, according to eye witnesses, was entrapped in one of the rooms when the fire commenced resulting in his death.

The deceased, identified as Stephen Dapaah, was an erstwhile Ashanti regional director of the Audit Service. It is, however, unknown the cause of the fire.

The Ghana National Fire Service has, thus, launched investigations to ascertain events leading to the fire.

The charred remains of the deceased has been deposited at the morgue of the Komfo Anokye Teaching Hospital with the injured receiving treatment at the same facility.