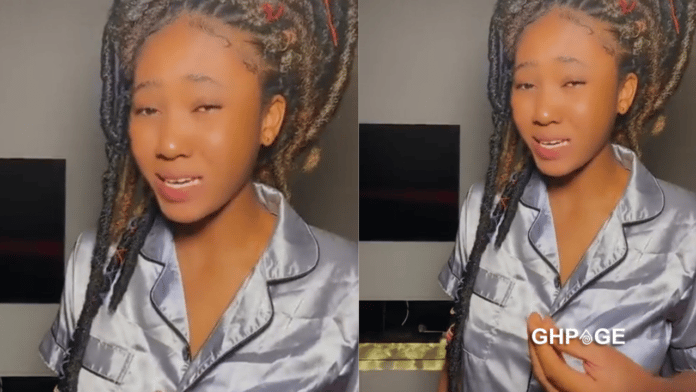 Tiktok star, Jackline Mensah has finally replied Ghanaians who have been insulting her for the past 24 hours after a video went Pulse Gh Entertainment went viral.

The socialite has been under severe backlash since yesterday after she revealed in a bride interview with Pulse GH that she can’t date a guy who commutes trotro.

Although, it’s Jackline Mensah’s preference not to date a guy who doesn’t have his own car but the general public has taken it as an insult.

As opined by the angry social media users, Jackline is very rude and arrogant for insisting she can’t or will never date a guy who commutes trotro.

Amidst the insults and reverberations, Jackline has finally replied to the many insults and according to her, all those attacking her are very ignorant.

As bragged by Jackline, whiles she’s trying her possible best to put Ghana on the map, uninformed detractors are busy on the internet trying to pull her down.

She still maintained her words by insisting on dating a guy who has his own car hence men who commute trotro must stay away from her.

Jackline also warned that she won’t spare the people who attack her again by tagging her reaction to the heavy insults as ‘disrespect’.