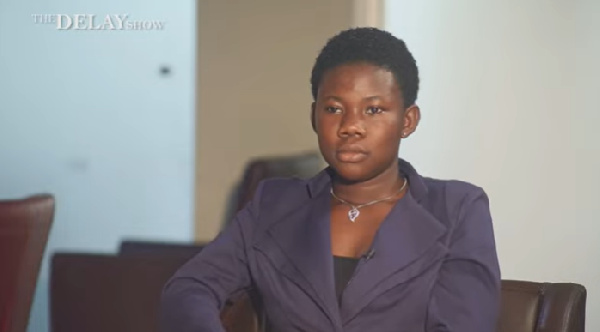 It was a journey that started on a very good note but ‘ended in tears’ as 2AJ, the manager and producer of Odehyieba Priscilla, parted ways with her following a witchcraft allegation levelled against her, that’s according to the teen musician’s account.

At age six, Odehyieba Priscilla noticed she could sing after a performance in school and was fortunate enough to meet 2AJ when she was about to turn eleven. During this period, she was just about transitioning from Primary School to Junior High School and was excited about the opportunity to leave Wasa Akropong for Kumasi not only to pursue music but also to have a feel of how education in the city was.

Having sought permission from her mother, she relocated to Apatrapa, a suburb of Kumasi where she lived with 2AJ and his family.

She performed at events charging a fee of three thousand Ghana cedis and above and became famous as a result of her craft only for the working relationship to crash after an unsubstantiated allegation against her.

“One day, he came to me with a phone and said my mother had called somebody and told the fellow I’m a witch. That person used to stay abroad and was one of those who supported my ministry,” Odehyieba Priscilla said in the Twi language in her interview on the Delay Show, aired on September 18, 2022.

“They questioned my mother as to why she left me in their care when she knew I was a witch. My mum was furious and said even if I’m a witch, she’s not a pastor so they should have taken me to a pastor for deliverance. So, the next day, my manager called one of the pastors at Wasa Akropong and said he was travelling so the pastor should tell my mother to come for me,” Priscilla added.

Considering that their working relationship ended, Priscilla while shedding tears, said 2AJ gave her GH¢34,000 as her earnings after he withdrew the amount from a bank account.

The teen musician, however, stated without equivocation she’s not a witch as tagged.

After parting ways with her manager, Priscilla, 16, now stays with her mother in Kumasi. She did not stay with her father because, according to her, the father has abandoned her and had set her eyes on him twice.

The young musician now has a new manager and owns a Toyota Corolla as part of her deal with the manager.