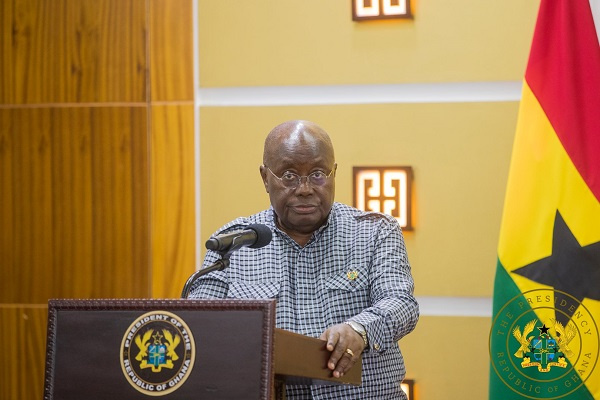 Mahama submits that elsewhere the president would have resigned having failed to fight the scourge citing a 2017 promise to put his presidency on the line to fight galamsey.

“Indeed, if it were some other jurisdictions, he would have resigned by now. By his word, he put his presidency on the line.

Mahama adds that Akufo-Addo’s inability to fight galamsey was because it was being done by people in his inner circle. “…now, his own people have been found to be the ones engaged (in galamsey).

The 2020 flagbearer of the National Democratic Congress also alleged that most of the galamsey concessions in forest reserves were owned by New Patriotic Party executives.

In an exclusive interview with Accra-based TV3, Mahama submitted: “All their party executives have concessions and are doing illegal mining in forest reserves. It is a pity. But it is close to home, that is why he can’t deal with it.

The only NPP national executive known to be involved in mining is National Women’s Organizer, Kate Gyamfua. Equipment belonging to her company were destroyed by a government taskforce months back even though they insisted that they had permit to operate a concession.

The fight against galamsey has returned to the national conversation with the recent arrest of Aisha Huang, a Chinese woman known as the ‘galamsey queen.’

Huang returned to Ghana despite having been deported in 2018 by the government. She is currently facing the old charges government dropped and new charges being prepared by the Attorney General.

President Akufo-Addo has assured the AG of his full support for the prosecution of Huang and other accomplices.