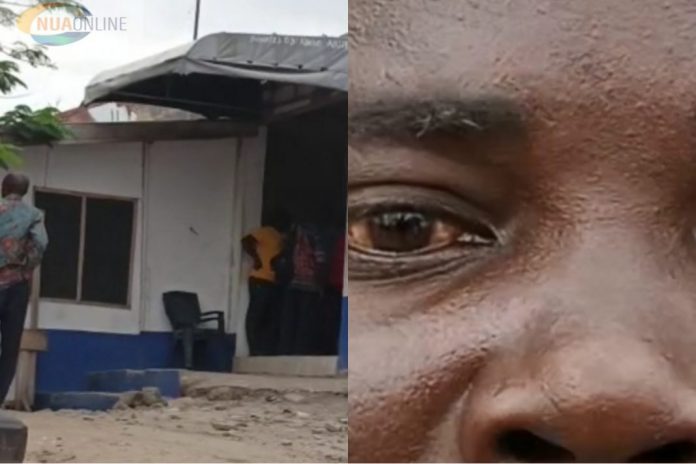 Two landguards have been arrested by the Awutu Bereku District Police Command for brutalizing one David Otoo.

They bruised his left eye with a key.

Mr. Otoo has been explaining to Onua News’ Central Regional Correspondent, Nana Yaw Asare, that, the landguards attacked them on the land whilst they were working on it.

The victim whose affected eye had mucus on it alleges one Odikro and a linguist had asked the landguards to attack them on the land.

“My brother called me this morning that he want to work on his land. So we went there and a grader was grading the land. Whilst at it, a car came to park and they told us the Krampah Odikro and the Omanhene’s linguist have sent them from Ofaakor and one of them inflicted my eye with a key.

“Even though I’ve been to the hospital for treatment, I still can’t see as you can attest to. So now what I want to ask is that, if a whole Omanhene can send landguards to beat up his subjects, then where is his wisdom?,” he questioned.